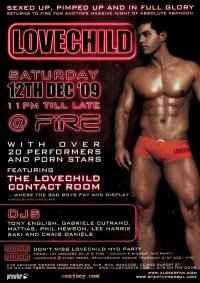 
You know the phrase, if it first you don’t succeed then try, try again, although with 2009 proving to be a really tough time for new club ventures, many decided that to try again would prove disastrous & even if they did persevere, the desire for something fresh & different just didn’t seem to be there, especially on the Sunday clubbing landscape, which for so many years previously was one of the hippest & happening nights on the scene. So, what was the answer for promoters who truly wanted their idea, their brand, and their baby to survive? Well, it seemed that devolution was maybe the answer, looking outside the box a bit and in some ways turning the concept a bit on its head.

And in the case of Lovechild, that’s exactly what happened. Promoter Alex Erfan, who had brought the brand to London in a massive fanfair & on the back of highly successful parties across Europe, initially thought Sunday needed something new & exciting, but in a launch at Pacha back in February, that went well, the follow up parties in March & then May failed to ignite nearly enough enthusiasm, resulting in Alex & his team effectively needing to go back to the drawing board. So, with a change from a Sunday to Saturday, a change of venue & the added enticement of a bit of raunch to proceedings the new look Lovechild was back with a bang, its new home Fire in Vauxhall sporting the first of the re-styled brand, which, like its launch attracted plenty of hype, even if it was going head-to- head with Matinee.

But, for December the team had pushed it back for a week, making it THE place to be & we definitely wanted to get a piece of the Lovechild machine, having missed out on the last one. So, with last minute plans between us & clubbing pal Joel confirmed, we both hit Vauxhall for some pre-clubbing drinkies at Barcode, before arriving at Fire’s entrance at just about midnight, which seemed to be a popular arrival time, as a surmountable queue was developing at the door & also at the coatcheck just inside, but then we have got used to waiting in the last month or so, as most of the venues seem to be struggling to get into gear, what should be a simple & straight forward affair.

In reality, however, it wasn’t long before we were released into the club, the main space & dancefloor already filling nicely, but the mirror arch room & the third space was still to get into gear. With pal Joel grabbing us refreshments, we decided a bit of dancing would be a good idea, with the fab Phil Hewson in control of the sounds, playing a delightful mix of uplifting yet hard hitting house tunes to really inject to energy into the space. All the Fire main floor paraphernalia was being exercised to add to the atmosphere, superb Lovechild visuals flashing up on the multiple screens, laser lighting creating a illuminating impact on the dancefloor & with plenty of smoke plumes, & pyro’s firing off, it was clear that Lovechild’s new home was already serving it well.

With the mainfloor swelling with numbers, familiar faces began to appear, not least our incredible & fierce partner in crime, Lexi, who bounded up to say hello, then ace D.J. Gabriele Cutrano swung by, getting prepared & ready for his set in the mirror arch, closely followed by Lovechild’s promoter Alex Erfan, introducing his fab business partner to us & getting our initial view of the party, which we were loving already. With Joel also connecting with friends of his, it was certainly developing into an altogether much better experience than our last outing at Pacha and we really got into our stride in the main room, as Phil Hewson continued to deliver some sumptuous sounds to well & truly delight. This D.J. talent certainly knows how to pump energy into the events that he plays at, getting people really enthralled with his musical choices & having been in the thick of it for his amazing set at Hustlaball, it seemed he was doing it again, brilliant!

But, we had an eye on the second space and when the doors were swung open, we had to just go and investigate, but not before our pal Joel hinted on some energetic assistance & a quick nicotine injection out in the smoking space. Stepping outside for a moment, it was definitely winter as we immediately felt the cold, running for the covered area as quick as we could, huddling around the welcome heater and catching up with yet more familiar faces, including D.J.’s Alessandro & Hugh Stevenson, both who had finished duties at Barcode & Rupert Street & were in the mood to let their hair down (and why not!?!). By now, Phil Hewson had also finished his superb set & came over to say hello & briefly catch up on news before we headed back into the warmth of the club to continue the party.

And continue we did, as we hit the mirror arch, where Gabriele Cutrano was getting the room up & swinging with his much tougher edged tech infused house tunes, a distinct difference to the main room, but right up our street & Joel’s for that matter. This was definitely the space to be, as a whole host of sexed up & scantily dressed go-go’s ascended the podiums in front of us, revealing more than bear chests & abs, really adding some extra spice to an already sex charged space and when we discovered the infamous “contact room” at the back, it was clear that the vanilla feel of Lovechild in the main room, was a distant memory. As more & more people realised what was occurring, the space filled out nicely & the gorgeous sexy dancers kept coming (no pun intended) to heat up the room with some hot dancing displays. Gabriele’s sounds really complimented the extravert shows brilliantly & only short excursions for refreshments & other indulgencies kept us away from the magic of the mirror arch.

But our night was going to get even better as the magnificent Mattias took to the decks, taking over from Mr C, leading us on a fun filled journey of fabulous funky, hunky & chunky tracks, so appropriate for this second space & trademark Mattias. It goes without saying that we were totally encapsulated by his performance that had us dancing away deliriously, joined by many others who clearly preferred this octane fuelled pace to the more uplifting offerings back in the main room. But, with the night moving along at a pace & Mattias’ set over far too quickly for our liking, we returned, with pal Joel, to room one, where push FM’s Tony English had handed over to new Lovechild resident Lee Harris, who was rounding off the luscious Lovechild party in style, packing out the main floor with the lion’s share of revellers who didn’t want their night to end. And to make the end our stay at Fire really special, we were joined by the man himself, as Mr Mattias joined us on the dancefloor to see out the rest of the Lovechild experience, before we considered our options for continuing our night, well morning, across Vauxhall at Beyond.

So what was our verdict on this latest Lovechild adventure and did all the changes employed have the desired effect? Well, firstly we have to say that despite not being our favourite venue, especially on a Saturday night, Fire definitely knows how to host a party & create the feel & vibe of a great club night out, with superb lighting, visuals & sound added to the very different feel that each room/arch provides, it has certainly made a good choice for Lovechild & far improved on Pacha. As for the rest of our experience, well in ringing the changes that they have, Alex Erfan & his team have definitely created a different feel for Lovechild, adding the new dimensions of rauch, sex & seductiveness to the style that was evocative of the brand when it was launched, thus making it a real success story (and don’t we just love those).

In a world of clubbing when events & parties have the danger of looking & being the same, the same D.J’s playing, the same style of music, the same stereo-typical clubber attending, it is refreshing to see something a little different hitting our scene & Lovechild is absolutely that. Yes, we have to admit that we don’t like Fire as a venue, but you know, for Lovechild it actually worked brilliantly & sooo much better than Pacha. It seems that the marriage between Alex Erfan & the Orange group has been this clubbing brands saviour and we are sure Lovechild will become a permanent feature on the gAylist calendar. Roll on the next party. (DISCO MATT)
Posted by Disco Matt at 18:50 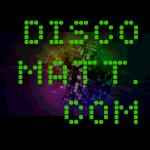